To continue researching on nøstekrok, I wanted to better understand another tool that was used in tandem with a nøstekrok to create balls of yarn to knit while walking. A nøstepinne is a tool used for winding yarn into a center-pull ball to knit from. Most nøstepinne in Norwegian museums are hollowed out on top and have spherical beads of wood trapped inside. The beads move when the nøstepinne move, so it could also be used as a rattle. Like many wooden Norwegian folk art objects, they were typically a betrothal gift and in turn meant one’s best carving skills were on display. A man could give a woman a nøstepinne as a sign that he would like to marry her. If she kept it, it meant that the interest was mutual. I own the nøstepinne below that was carved in the 1800s in western Norway and made a video demonstrating how to use it here. 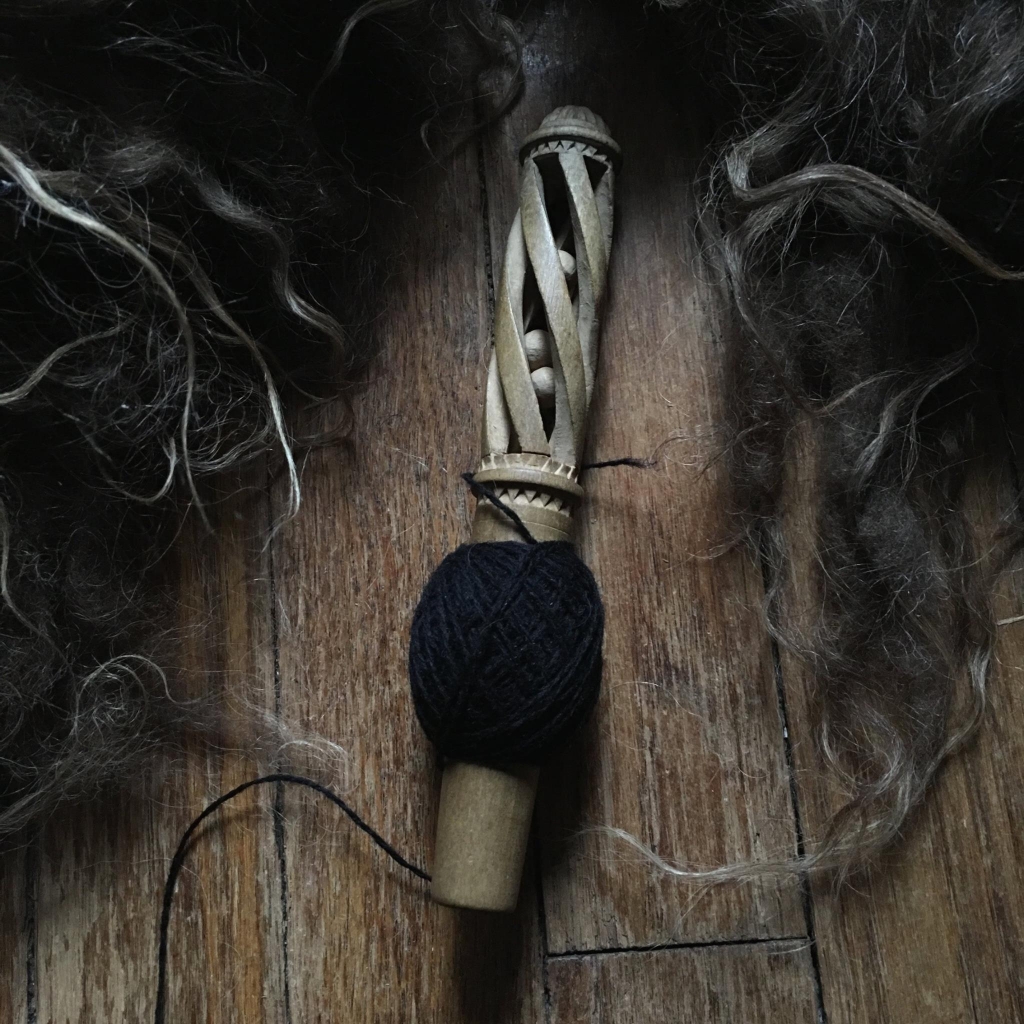 While visiting my family’s farm last weekend I tried wood whittling for the first time with the goal of better understanding how nøstepinne were made. I’m not one for directions or reading on techniques, so I went for it by getting my hands cut up and dirty. My cousins, Eirik, and I set out on ATVs to find branches to try. We chose the silver birch, maple, and oak branches seen below. The silver birch branch on the left was my first go. 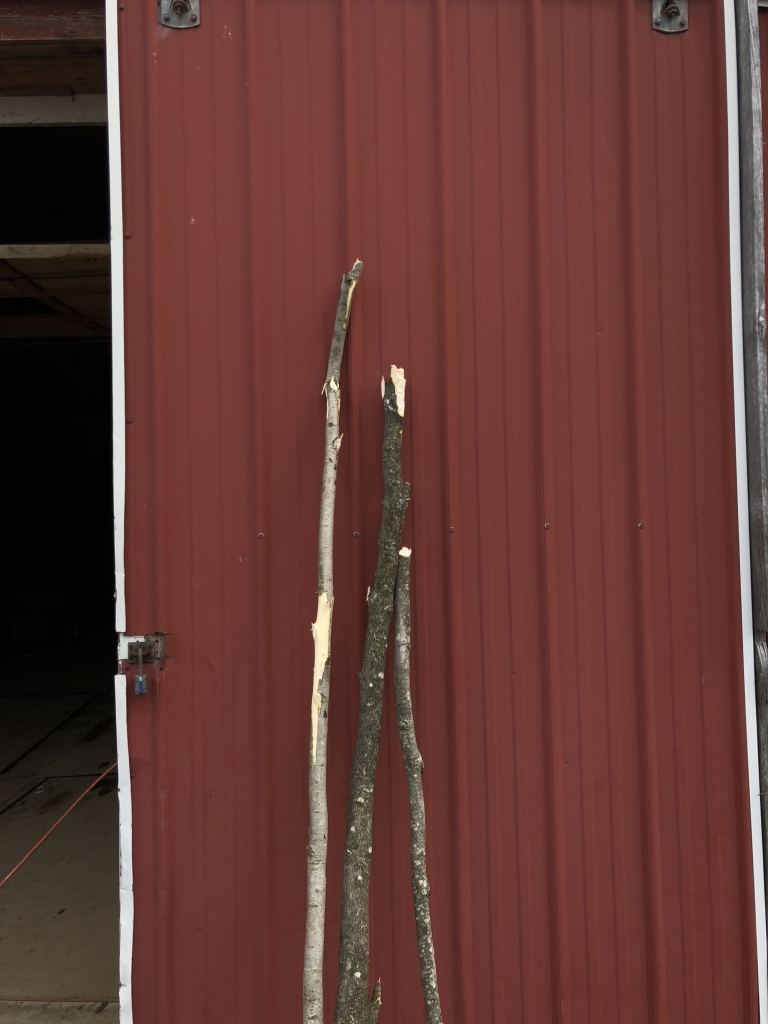 My very first whittling attempt was with the silver birch piece on the far right and the second go was the piece third from the right seen below. 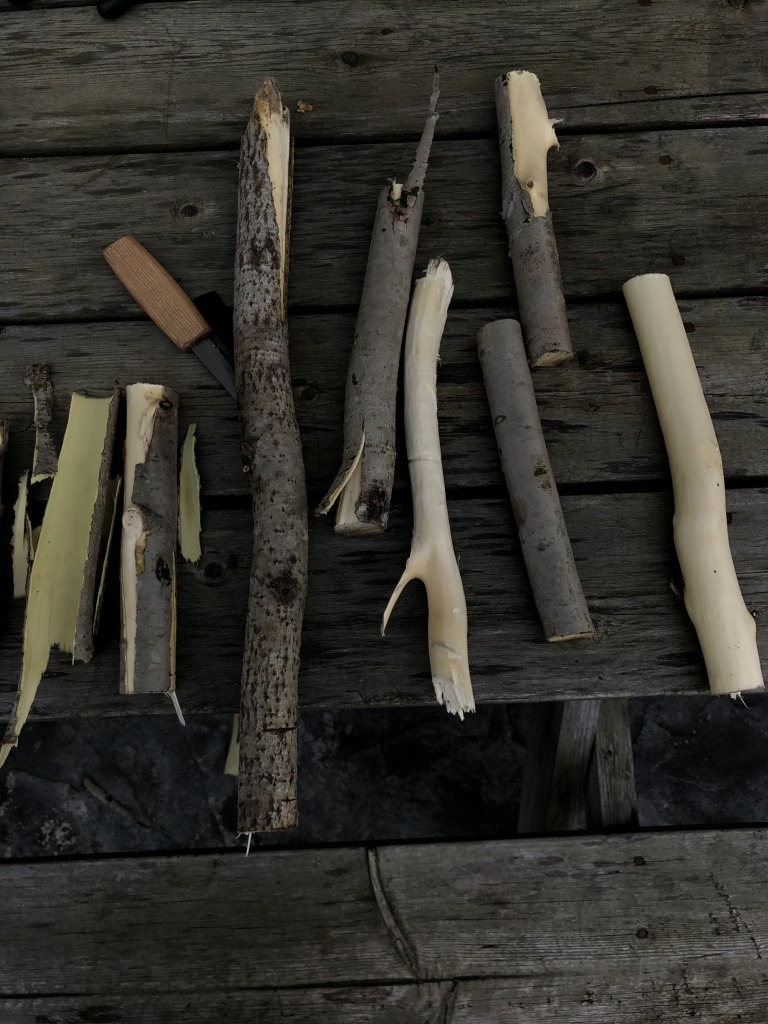 My first test below went better than I expected and took about two hours. I used a cheap whittling knife mostly and abandoned this experiment after realizing that to get the trapped spherical beads, it’s best to start carving the spherical shapes as the spiral is hollowed out, rather than releasing wood in the middle to carve the balls out after. 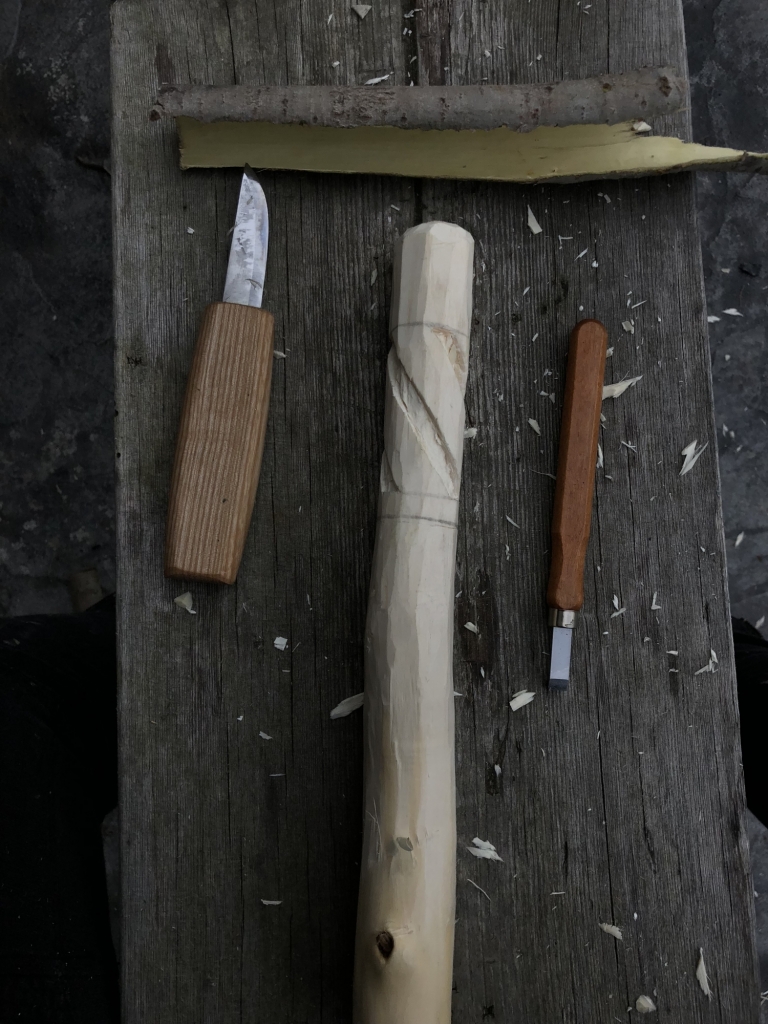 After I realized this, I started a second attempt and as you can see below, I started carving the spherical beads as I hollowed out the middle and found this to be much more successful. Less fiddling with floating pieces of wood in the tiny hollowed out section after completing. In the photo below, the top bead is released, the middle bead I started to form by making a rounded shape, but it was not fully released into the middle. Once the bead is released, I’ve found it’s more difficult to shape so getting as much done as possible while it’s still connected to the edges was easiest. The bottom bead section was just started. I carved this nøstepinne in about a day. 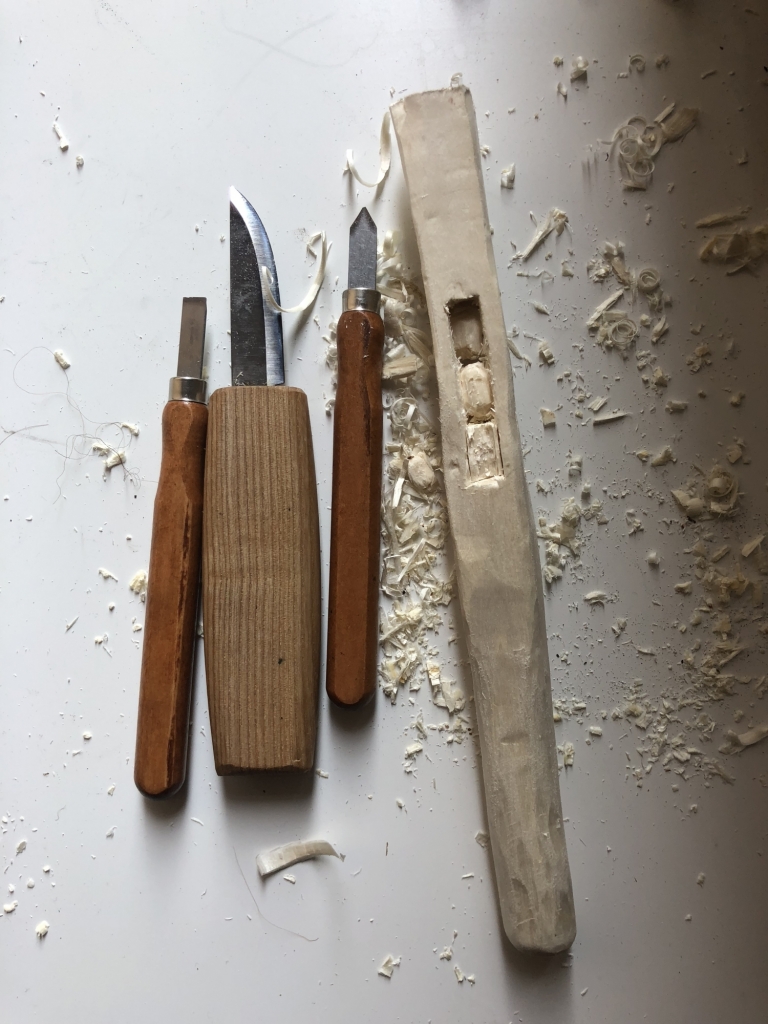 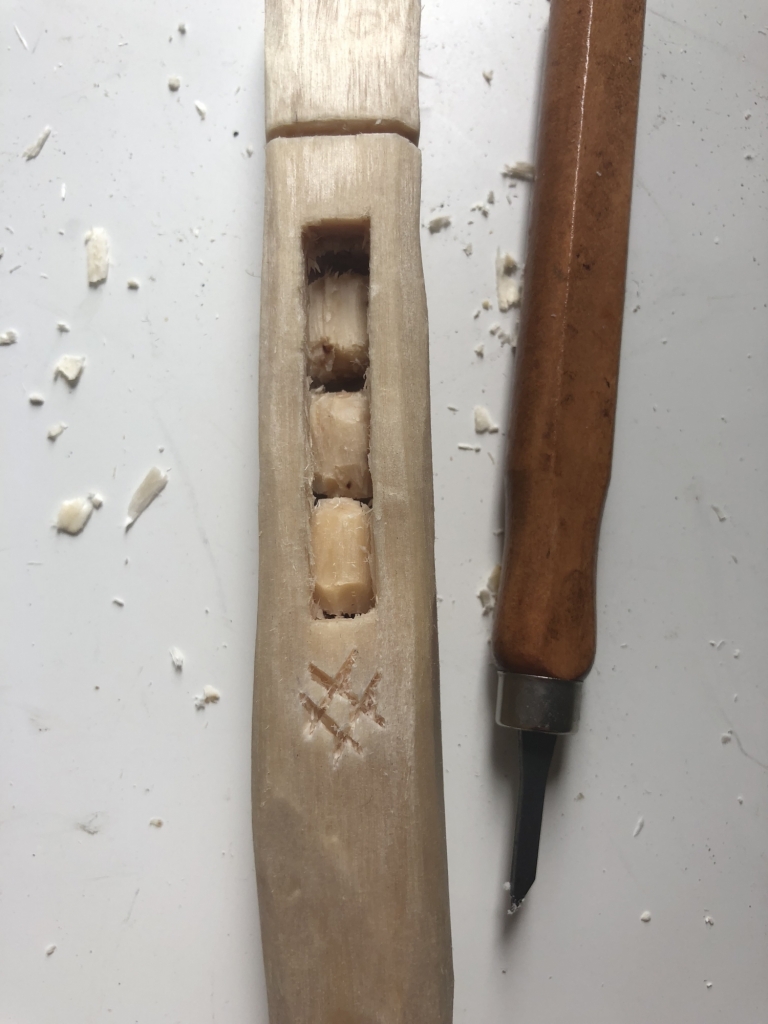 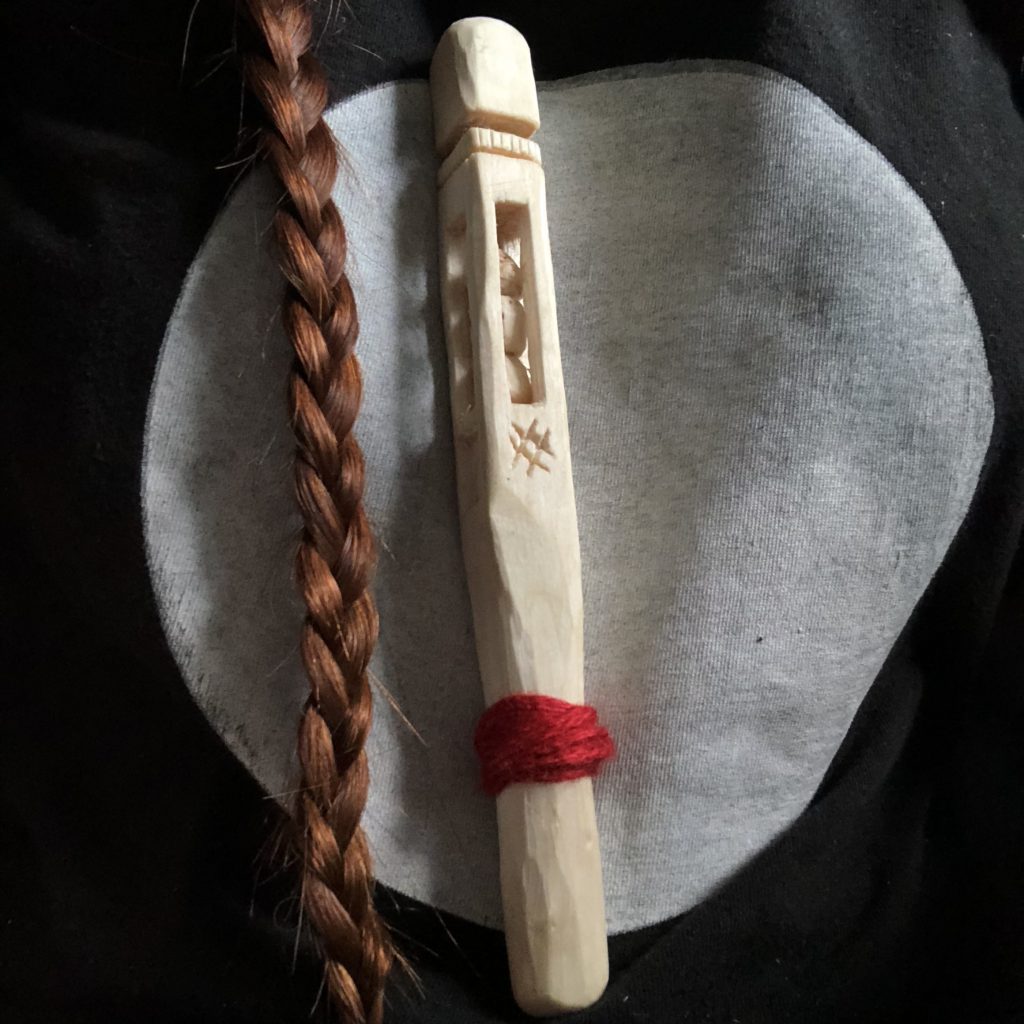 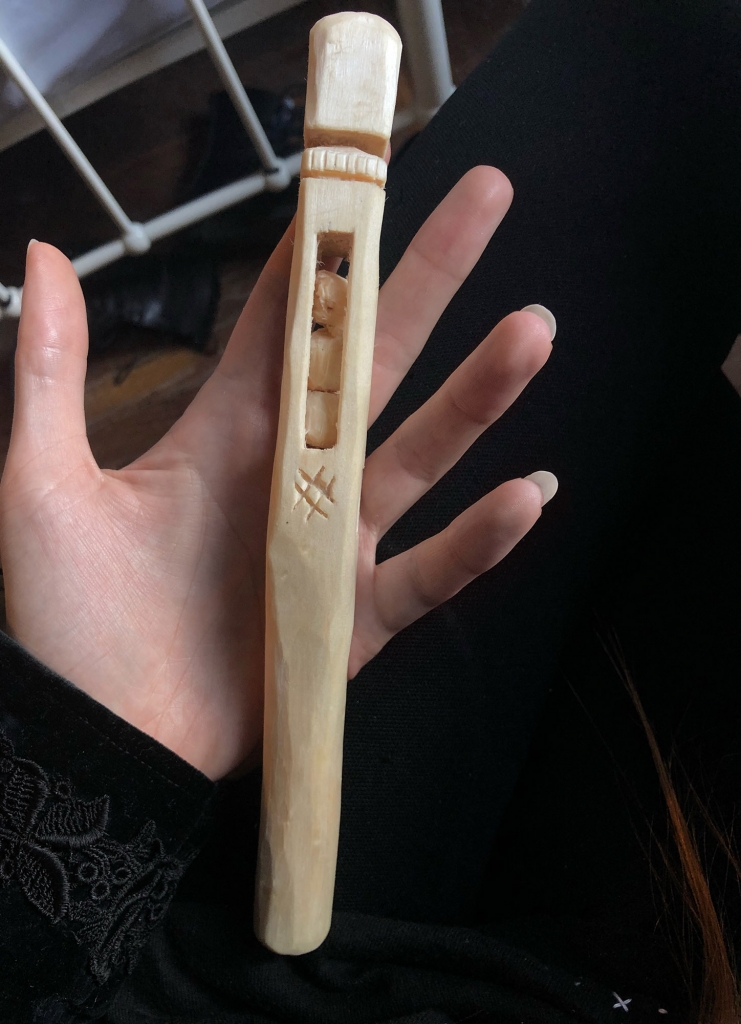 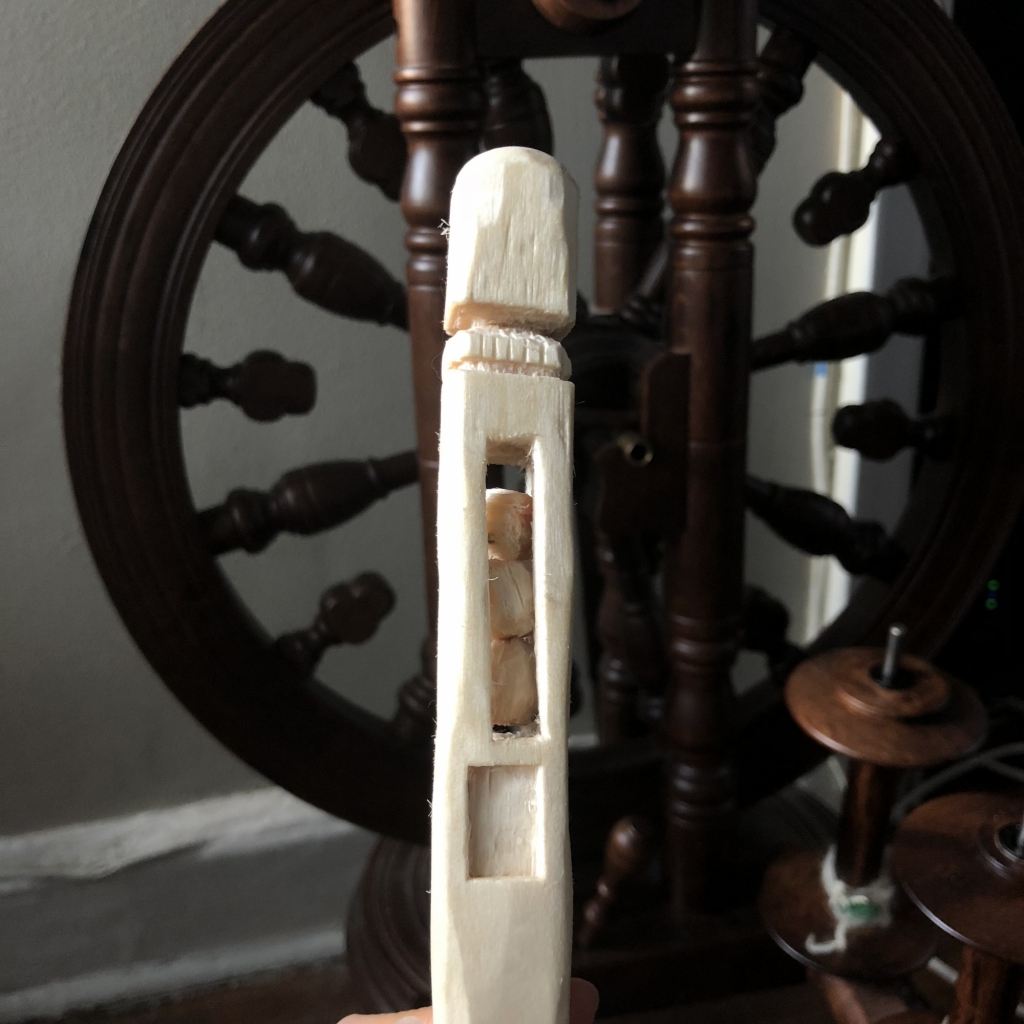 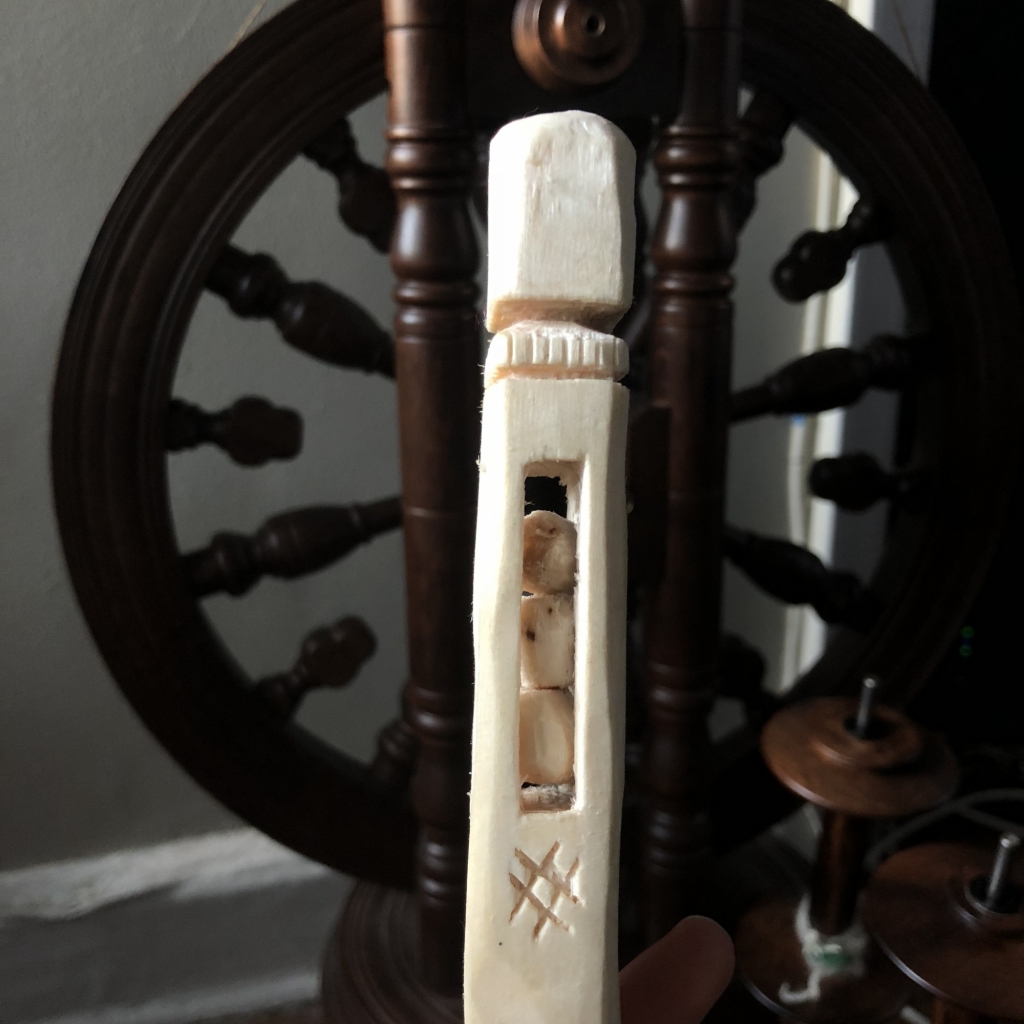 I’m happy with the first attempt, but look forward to practicing more. I learned that carving with fresh green wood is more of a bushcraft technique, rather than one for fine detail as wood dries it can split, crack, and warp. I tried boiling the nøstepinne above for an hour to help prevent cracking/warping as I read boiling can help speed up the drying process. I’m going to try dry wood next time.

Here are mesmerizing old nøstepinne that serve as motivation to keep whittling: 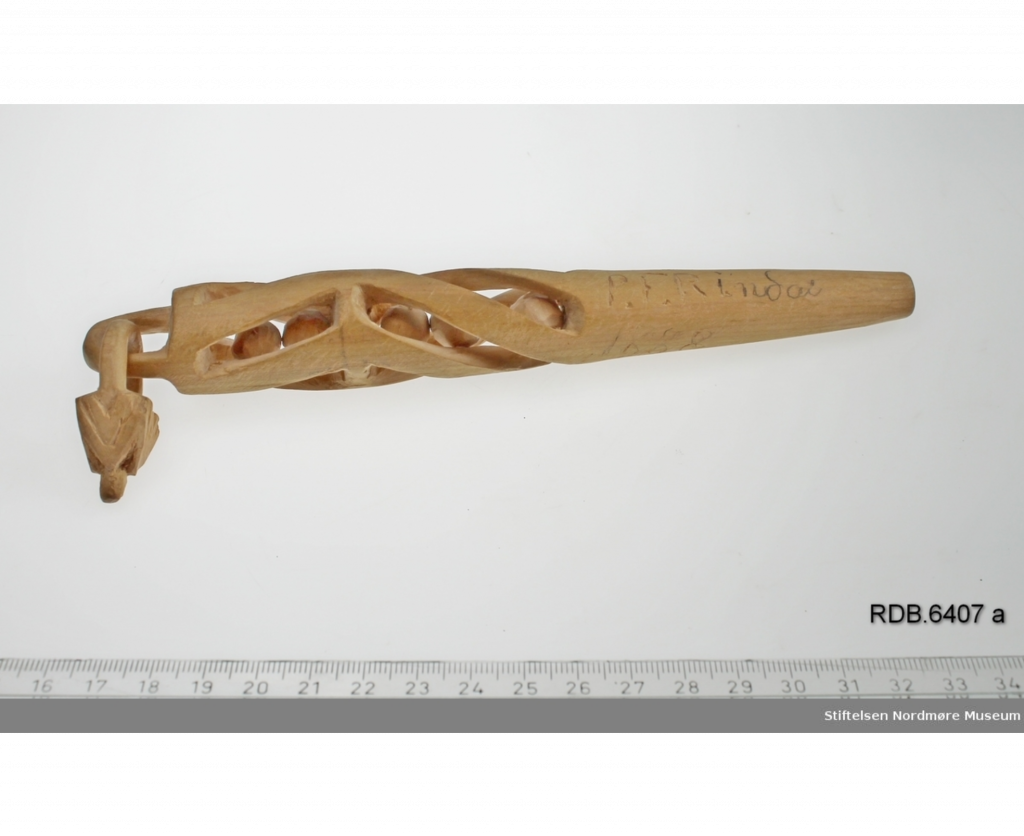 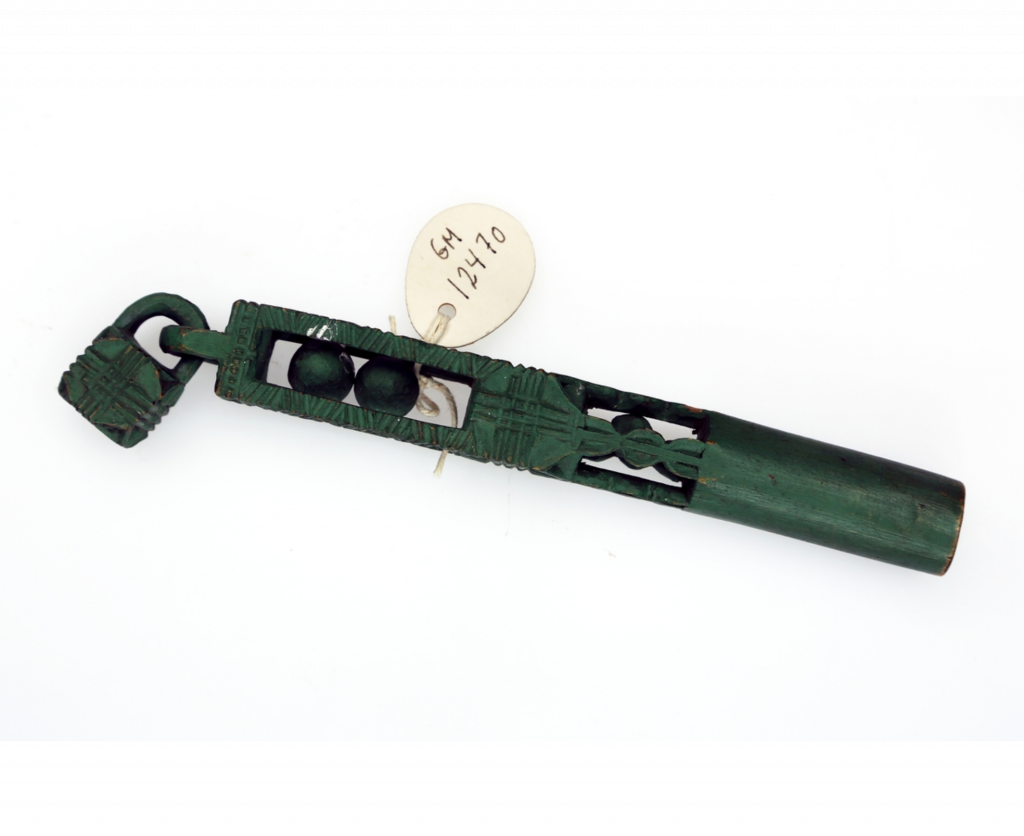 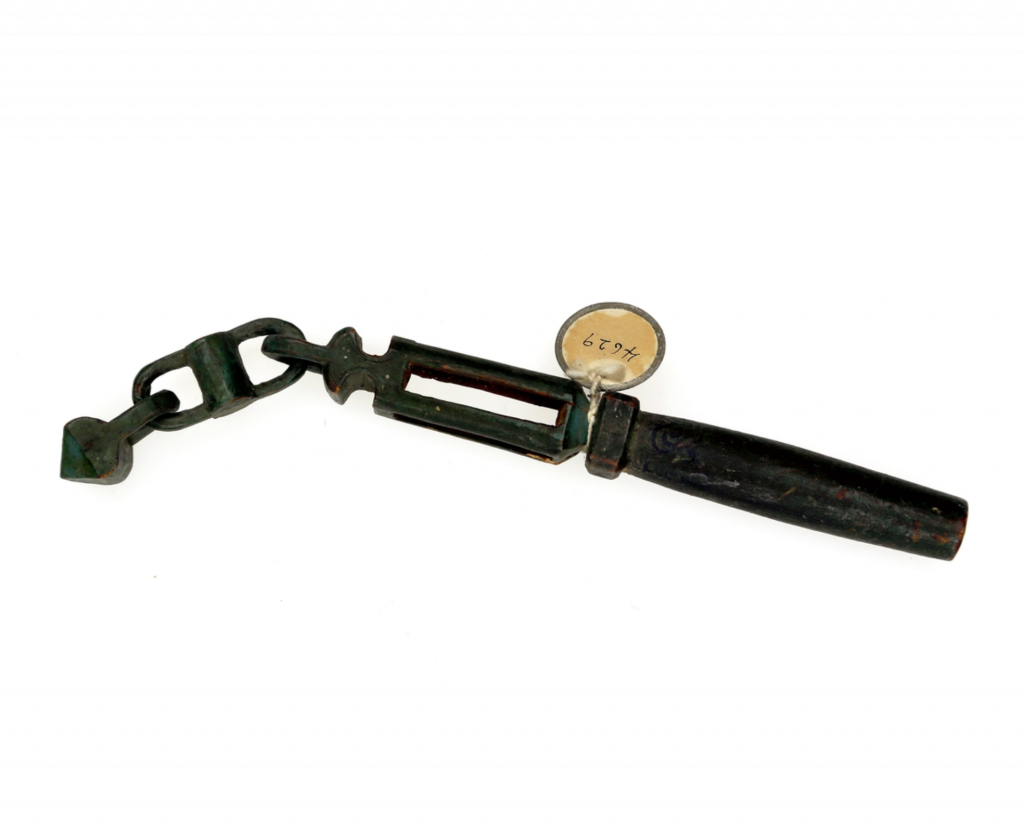